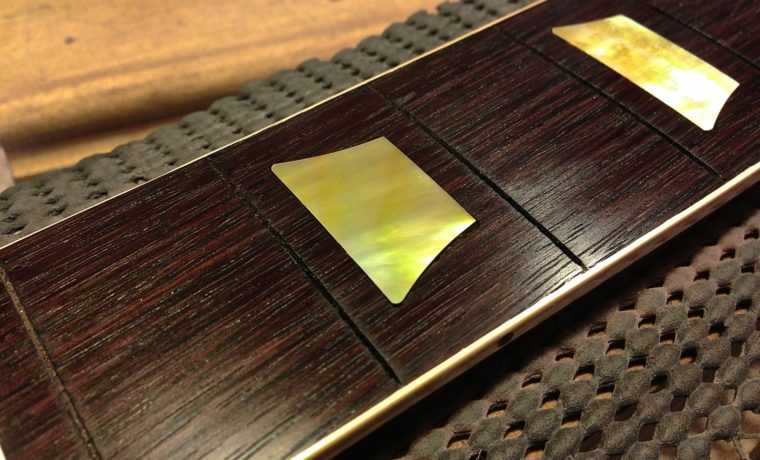 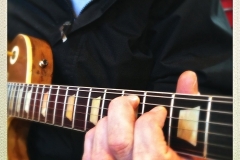 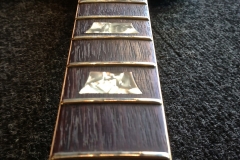 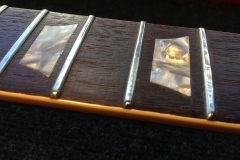 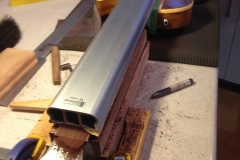 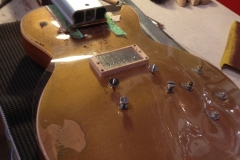 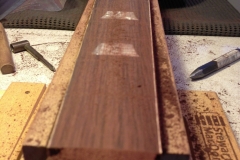 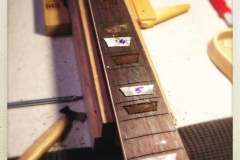 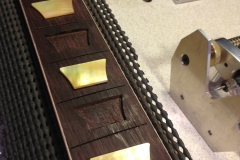 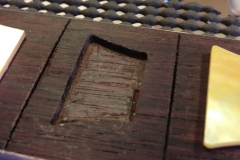 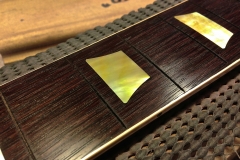 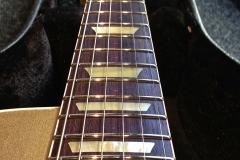 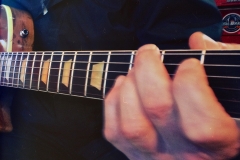 After putting up with my poorly set up (and in dire need of some TLC) guitar for a number of years, I thought it was past it and time for a new one. I’ve had this guitar since the 1970’s and it was becoming hard to play and worn out. So I searched for a luthier in Wellington and came across Kenny who convinced me that he could breath new life into it.

The guitar needed a lot of work (fretboard looked like it had been scalloped, badly worn frets, new nut, new inlays), but the results are stunning. The guitar plays and feels like new and the new inlays look fantastic. Kenny’s work is flawless and his attention to detail amazing. This has far exceeded what I thought was possible.

I know Kenny had to put a lot of extra work into this one, but the price he charged was what we agreed at the start, even despite him having by buy a new router from the USA to do my inlays. As someone else said, Kenny is a godsend in Wellington and I couldn’t agree more.

Many many thanks Kenny.

Quality a ‘jeweller would produce’

Open chat
1
Need help?
Welcome to KDG, If you need any help open this and chat with us.